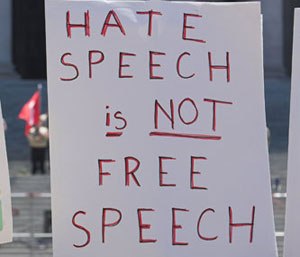 At the “School Orgies” students are encouraged to experiment with all types of sexual activities, including pansexual, gay, lesbian, bisexual, and transgendered activities, in a safe and non-judgemental environment. Sex therapists, counsellors, and sexperts supervise the events to provide helpful advice and tips for youths learning to explore their sexuality. They also observe, to ensure that all students have an opportunity to participate, sometimes shaming students, for refusing to have sex with less popular or less conventionally attractive peers. Dutch girls are especially encouraged to make immigrants feel welcomed, and to show them special attention. Racism, sexism, and homophobia are not tolerated in any form and are severely punished at the events.

While Mr. and Mrs. Oetken seek to hide their bigotry and ignorance behind religion, Dutch Christians claim that they have no right to do so! According to Hans Janssen, President of the Association of Dutch Progressive Christians “Jesus Christ taught unconditional tolerance and love, the acceptance of every person, regardless of race, gender, or sexual orientation. Many thoughtful theologians now believe that Christ himself was gay, and that he and his apostles regularly participated in gay orgies. We know that in ancient Israel even sex between humans and animals sometimes took place. If it did not, there would not have been laws against it. Since Christ, the old covenant laws were abolished, we now live under grace. We are free to experiment and to explore our sexuality. The sins that I will not countenance, are intolerance and judgement!”

Timo Oetken has been placed in foster care and counselling in order to deal with the trauma of the sexual abuse that his religious fanatic parents inflicted upon him. Unfortunately, according to one counsellor, “Timo continues to exhibit signs of homophobia and an unhealthy paranoia about sex. He claims he wants to wait until marriage for sex, and that he has no desire to experiment with any same sex sexual activities. We know that he is a homosexual because the Dutch Psychiatric Association voted years ago that a persistent and often vocal refusal to experiment with same sex sexual activities strongly indicates a homosexual orientation. We hope to help him overcome his own self hatred and embrace his true identity.”

At a press conference held by school authorities to discuss the incident, Timo was given the opportunity to speak briefly. He claimed that he “never wanted to go to the orgy anyway”, and that he finds the idea of watching people having gay sex “disgusting.” School officials cut Timo’s microphone, and he was nearly arrested by police for homophobic hate speech. The arrest was averted when social workers explained that he had been brainwashed by his parents, and had no idea what he was saying. Timo has been labelled “mentally ill” by counsellors and social workers and he is being put on compulsory psychiatric drugs in order to help him recover from the ugly hatred abusively instilled in him.

In a bizarre event, some Dutch citizens claiming to be “Muslim” have expressed ignorant views on the incident. Some have even threatened Dutch authorities. Police read from one letter, allegedly signed by the Islamic Sharia Federation of Netherlands, that stated that “If Timo is forced to engage in homosexual activities, the sword of Allah will pierce through your evil hearts. When Sharia is implemented, you will answer for all of your crimes! We will display your severed heads in the public square as a warning to all the sexual deviants!” Dutch authorities fortunately recognize that homophobia has nothing to do with the peaceful and tolerant religion of Islam, which embraces all races and sexualities equally.

Authorities believe that white racists, and Christian religious fanatics are sending letters threatening police, doing so under assumed Muslim names, and falsely claiming to represent Islamic organizations. These racist white supremacist conspirators even created Dutch and Arabic language websites, claiming to seek the implemented of sharia law in the Netherlands. Authorities believe this is being done in order to provoke hatred and persecution upon innocent Muslims and to stoke Islamophobia among sexual minorities. Racist Christian homophobes want to divide Muslims and the LGBT community with their lies and ignorance.

These events only serve to prove that religious intolerance, homophobic bigotry, and blind racial hatred – based on mere skin color, continue even in countries as progressive and tolerant as the Netherlands. The inescapable conclusion is that all white people are born racist and homophobic! We can only hope that with current demographic trends indicating a much higher Muslim birth rate over that of native Dutch that soon the racist, sexist, and homophobic white menace will be smashed in the country forever! When the Netherlands is a majority Muslim, Arab, Pakistani And North African country, we can and we should reasonably expect a utopia of tolerance and progress such as the country has never before witnessed!

← Feminists Bemoan Lack Of Real Men, And Ask Themselves, Where Have All The Men Gone?
2015 AmRen Conference: Best Ever →